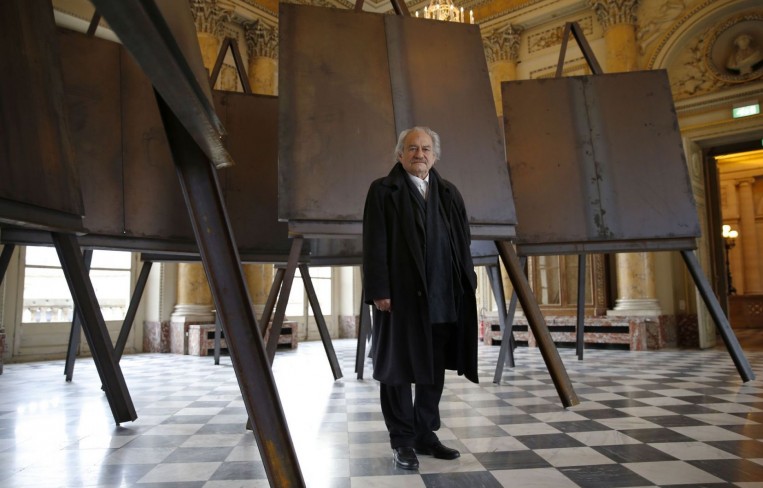 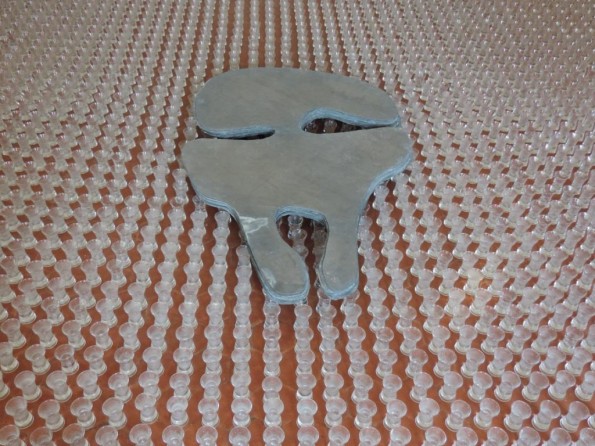 At the age of 20, Jannis Kounellis left Greece and travelled to Rome to study at the Academy of Beaux-Arts. He studied under the direction of Toti Scialoja, to whom he owes the influence of abstract expressionism and informal art, the fundamental combination that marked the beginning of his creative journey.

In 1960, he made his debut by showing his first personal exhibition at the La Tartaruga Gallery in Rome.

Compared to his mentors, Kounéllis soon displayed a great sense of urgency to communicate, with the aim of refusing individualistic, aestheticised and decadent representations and exalting the public, collective value of the artistic language. In his early works, in fact, he paints typographical signs on a light background that allude to the invention of a new order through a fragmented, pulverised language. 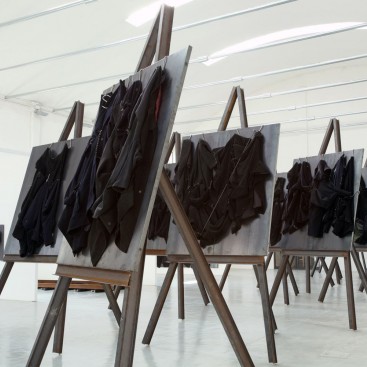 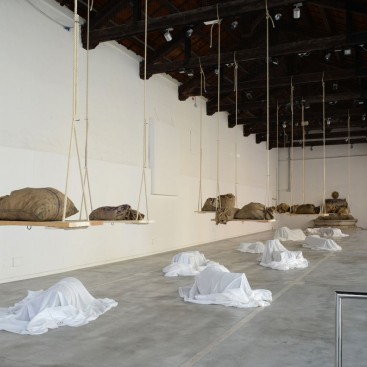 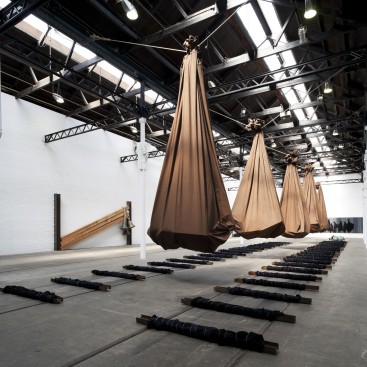 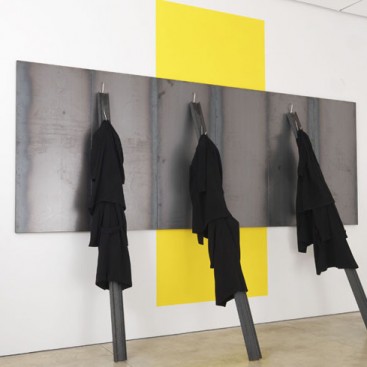 The first exhibitions ideologically related to Arte Povera dates back to 1967. He uses common materials in these works, suggesting the radically creative and mythic function of art, without making concessions to pure representations. He overtly refers to his Greek origins. His installations became true scenographies that completely filled the gallery and surrounded the viewer, making them involved in the work and transforming them into an actor in the space. He even went so far as to introduce live animals to the exhibition space, providing a counterpoint to the geometric shapes constructed with materials that evoke industrial production. In the ‘Margherita di fuoco’ (1967) he even used fire, a quintessentially mythical and symbolic element, which was generated by a blowtorch.

In 1969, the installation became a real performance. The horses attached to the walls of Fabio Sargentini's gallery L'Attico produced a magnificent clash of ideals between nature and culture, in which the role of the artist is reduced to the minimum of a substantially manual operation.

With the transition to the 1970s, Kounellis’ willful enthusiasm took on a new heaviness, proportional to the disenchantment and frustration caused by the failure of the innovative potential of Art Povera. The movement had emerged in spite of itself from the commercial dynamics of consumer society, from traditional exhibition spaces such as museums and galleries. Such an idea is expressed in the famous door closed with stones that was presented for the first time in San Benedetto del Tronto and has, with significant structural variations that are dense with poetic meaning, since been shown in Rome, Mönchengladbach, Baden-Baden, London, and Cologne.

In 1971, at the invitation of Achille Bonito Oliva, he took part in the Paris Biennale.

In 1972, Kounéllis took part in the Venice Biennale for the first time.

The years of bitterness continued in his installations, in which the vitality of fire is replaced by the dark presence of soot, and live animals give way to their stuffed counterparts. The culmination of this process can perhaps be seen in the grandiose work presented at the Espai Poblenou in Barcelona in 1989, which featured slabs of freshly-slaughtered beef attached by hooks to metal plaques and illuminated by oil lamps. More recently, Kounellis’ work has become increasingly masterful and manneristic. He readdresses themes and ideas that had previously been characterised by a more meditative spirit in his work, proving himself capable of reinterpreting the primitive propensity for monumental emphasis with a fresh awareness. Examples of this new direction are the 1995 installation in the Piazza Plebiscito, Naples, and in his exhibitions in Mexico (1999), Argentina (2000), and Uruguay (2001). In 2002, the artist once again presented the installation with horses in Whitechapel in London. Shortly afterwards, he constructed an enormous labyrinth of long metal sheets at the National Gallery of Modern Art in Rome. The traditional elements of his art, such as coal, cotton, jute sacks and piles of stones, were also featured in this work.

Since 1988, the works of Yannis Kounéllis have been presented at the Lelong Gallery in Paris.