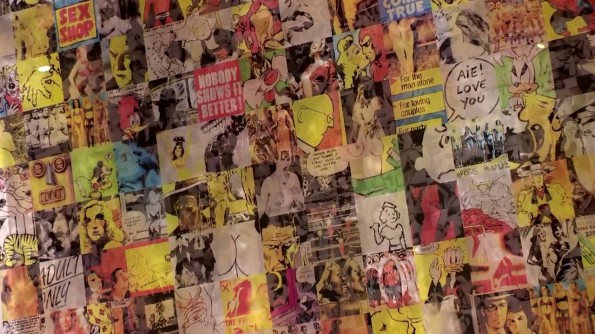 From a Russian, German, French and Italian background, the grand-nephew of Guru Gurdjieff, Michel Scarpa, was born near Paris in 1942. Various influences coloured his precarious childhood in the post-war years, followed by his timely discovery of London in 1958. His studies at Chelsea Art School introduced him to the world of painting, and he continued to live in London until 1981. A few years earlier, he had started investing in the commodities markets, a form of speculation that suited his temperament, but which was not destined to last very long. This activity led him to Monaco and then to a new life in Saint-Paul-de Vence, where he began to work with paper instead of paint. 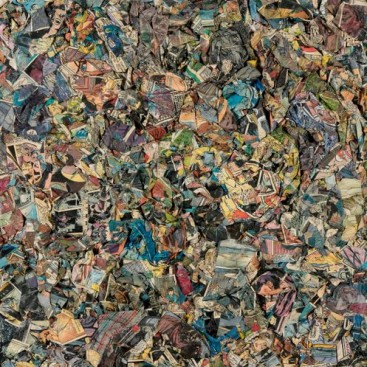 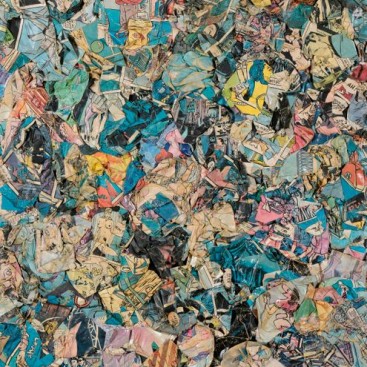 Scarpa’s work can be divided into three distinct periods. No trace remains of the first, which the artist destroyed entirely in the sixties. After turning to a new professional life, and having put his artistic career on hold, he embarked on a new stage in 1984: he created collages made of images taken from Playboy magazines and comics, tables made of bricks of compressed paper, sometimes on monumental scales, and building block games inspired by real boxes of children's building block. In each case, the work is characterised by the coexistence of visible images and areas that are hidden in the folds of crumpled and compressed paper, or on the side of the cube that the artist chooses not to show. Scarpa plays with the expectations and frustrations of his viewers, drawing them in to discover more.

Towards the end of the nineties, Scarpa put paper aside in order to devote himself to a new medium. He superimposed images from popular iconography, animation and cinema, especially pornography, on Plexiglas plates. An often discrete grid, consisting of a storyboard of juxtaposed images and with the appearance of a thin translucent film, becomes a pixelated painting that the artist overlays with one or more visible images, often entirely at odds with the background. A thin adolescent girl, straight out of the prudish America of the 1950s, reads a book specially adapted to her innocent and youthful condition, against the backdrop of a physical ecstasy that her impeccable upbringing does not allow her even to imagine.

In his more recent works, the viewer will notice the artist’s kinship with older images: his use of digital techniques gives pride of place to a mosaic look which appears in all of Scarpa’s work, reinforcing the idea that every image has much more to say than first meets the eye.