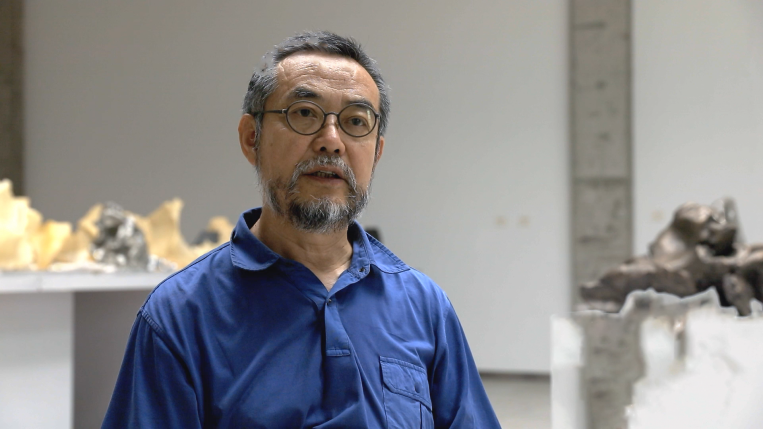 Sui Jianguo lives in Beijing and works primarily with stone. He initially established himself as a subtle conceptualist who skirted the rules of Maoist iconography. For some time now, however, he has distanced himself from art that merely parodies, ridicules, criticizes or satirizes Mao. Now, he reclaims the characteristics of Maoist political and totalitarian art to praise the grandiosity and visual qualities that advocate verticality.

A widely publicised lawsuit in China pitted Jianguo against Wang Wenhai, recognised as a "serial-sculptor,”who worshipped the Great Helmsman. The former sued the latter in a Beijing court for violation of his intellectual property rights and for having used, in an exhibition in San Francisco, a sculpture of Mao which they had designed together. Aside from the anecdote, this lawsuit indicates an aesthetic dimension where the divergences between the two artists appear. 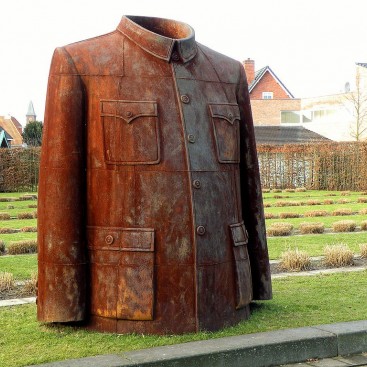 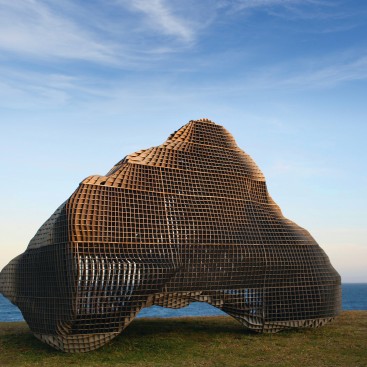 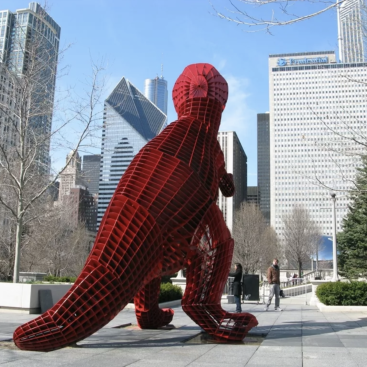 Sui Jianguo is trying to reconnect with the psychological reality of history. In his own words, the Chinese people are far from being able to draw a line under the Maoist regime. And by taking up the figure "borrowed" by Wang Wenhai, he wanted to demonstrate that the Maoist uniform actually represents a desire shared by many Chinese intellectuals in the late 1990s, who were eager to find in it a historical subject that could express the modernity of Chinese culture and be unanimously praised by critics.

For Sui Jianguo, the Maoist uniform was a fundamental subject on which he built his work and his reputation. Perceived in the post-political context of a socialist nation where the spirit of international capitalism now reigns, the Maoist uniform represents the moral concerns of intellectuals with regard to cultural matters, and embodies the key values ​​of modern China.

The artist started his "Mao Suit" series in 1997. All of his works reflect his personal experiences and explore his anxiety about the fear of imprisonment. Above all, his work represents the perspective and spirit of the generation that survived Mao’s Cultural Revolution. Thanks to this approach, his abstract and conceptual sculpture was well received by both the Chinese public and the authorities. Moreover, he introduced contemporary Chinese art to the world. His artistic work is well-known in the West. Among his most recent works, his red dinosaur - the symbol of Chinese imperialism, like that of Communist China - with ‘’Made in China" engraved on its chest is a nod to the plastic toys from the early days of the Chinese economic boom, and represents ancient China entering the contemporary era. During the 60s, everything was "Made in Japan" then in the 70s it was"Made in Taiwan", and for several decades now everything has been "Made in China". Indeed, 95% of the toys sold worldwide are produced by this empire.

For Jianguo, the determinist philosophy of the Maoist era also poses the inescapable problem of the existential dimension of time. Accepting (or initially submitting to) this necessary theme, the artist makes his sculptures a guide, and a means to knowledge. The works are more than their traces, the chemical "residue" of a past era. Saturated with influences, the Chinese creator tries to give an account of daily reality by inventing his historical and, recently, animal figures. But to say, as is too often said, that the art of Sui is inspired only by Mao is too simplistic. The artist delves much deeper into the history of his country in order to explore the finer details. A master of scaling up, he loves to enlarge things that previously existed on a smaller scale (and vice versa) in order to give images an extra dimension. The sculptor does not waver: he constantly re-examines and readdresses his own journey by experimenting with new dimensions, colours and materials. What remains is the proliferation of sculptures of derisory objects in constant flux and transfer.