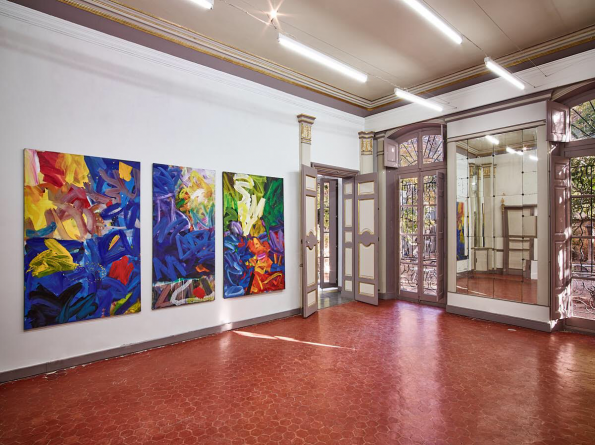 Yves Charnay was born in 1942 in Saint-Chamond, near Saint-Etienne, and now lives in Paris. His professional background is highly varied: he is interested in drawing, painting, design, and creating installations on location. He studies light, colour and certain aspects of our perception of colours. He has also been involved in the production and direction of art documentaries, notably the "Palette" series. He also writes books about art.

At 16 he joined the Saint-Etienne School of Fine Arts. After graduating in 1965, he created drypoint illustrations for William Blake's The Marriage of Heaven and Hell (1793), for the bibliophile club “Les impénitents”. In 1965 he enrolled at the Ecole Nationale Supérieure des Beaux-Arts in Paris. He obtained a master's degree in fine arts in 1974 at PARIS VIII. Since 1969, he has taught light and colour at the Ecole Nationale Supérieure des Arts Décoratifs in Paris. He also teaches at the Ecole Normale in Shanghai and the Industrial University of Zhejiang. 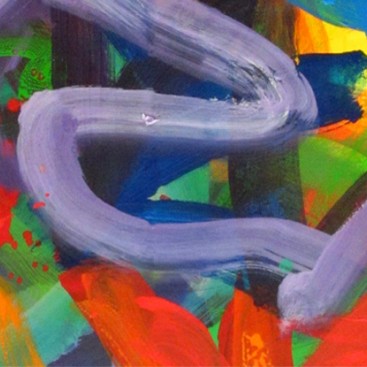 He is the pioneer of a teaching system based on the theatricality of setting, entitled "Spectacular Event". After his training in Fine Arts, Charnay’s goal is to put colour everywhere! His painted and graphic works have been exhibited in France, Germany, China, and Korea, in series such as: "The scenography of the world" (1967-1981), "The art makers" (1980-1982), "Exoduses”(1993-2000), and “The way of the unconscious” (2010-2012). He created an installation in the Baroque Chapel of the Apt City School of Music, entitled “Colours Fallen from the Sky” (March 2000). Charnay worked with the coloured light and the atmosphere created by the sun's rays as they passed through the chapel. Discrete or intense, the light reflects a multitude of enchanting shades on the ceiling and the walls, which adorn the building with pastel colours.

For Charnay, "colour is fascinating because it is elusive". He paints to capture the characteristic colours of landscapes, the deep, incandescent and ecstatic shades that we find in his works. “Engraved into my memory is the blackness of the city, the white light of midday at holiday time, and the rich colours of the wet foliage of vegetation in autumn.”