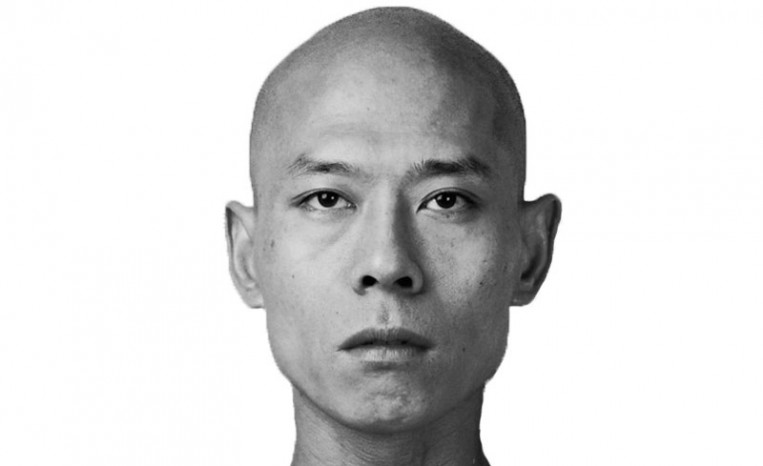 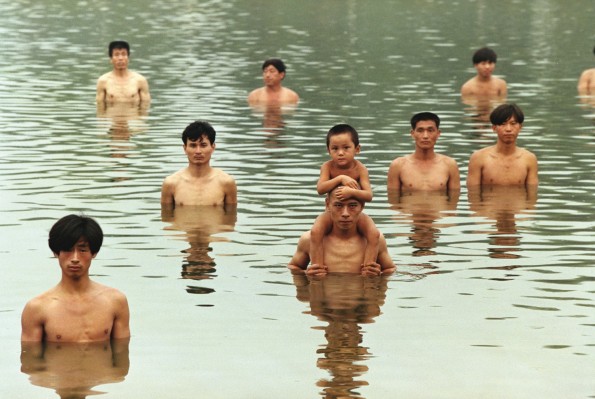 Zhang Huan first became known in the US for his photography and performance art in 1988in the exhibition "Inside Out: New Art From China", at P.S. 1 in Long Island City, New York, and at the San Francisco Museum of Modern Art in California. The mixture of elegance and violence in his work is reflected in large colourful close-ups of his own face covered in soap bubbles, in which his open mouth contains pictures of his family, and images suggesting childbirth. Other equally powerful images include his self-portraits, which show the artist wearing the bloody rib cage of a newly-slaughtered pig; or lying naked, face down, on a traditional Chinese bed, the mattress of which is made of a large block of ice, to which dogs are tied with ropes. 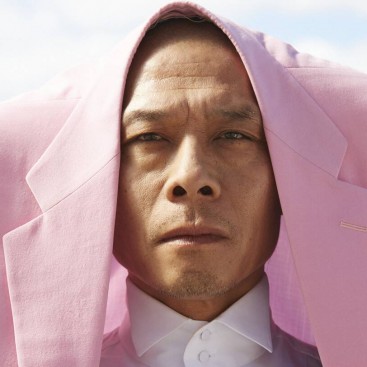 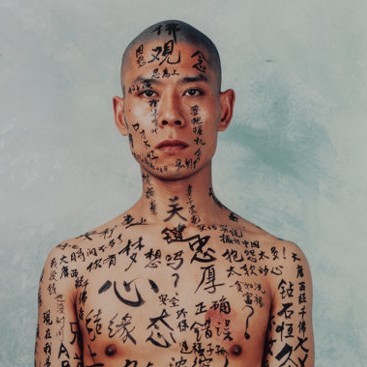 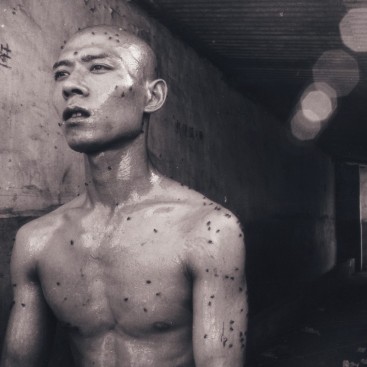 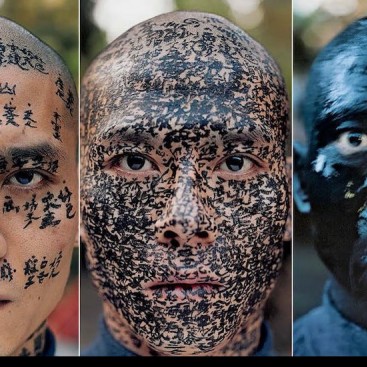