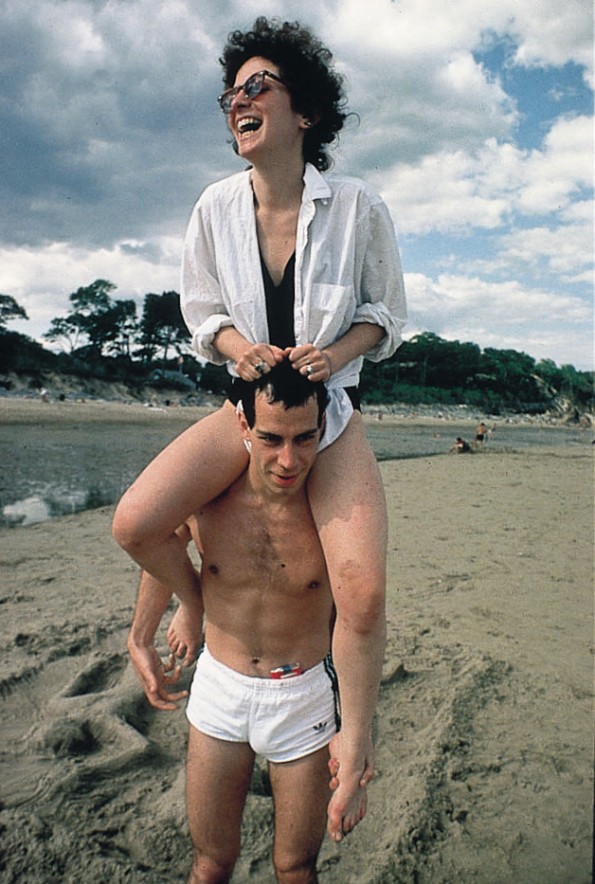 Icon of the 80s, Nan Goldin revolutionized photography in making her own life the subject of her work. For nearly fourty years she photographed her circle of friends in their most intimate moments. Moments of laughter, parties, sex, drugs, embraces, children, illness and death. She sought to guard every shared memory, fighting against both time and memory. She equally took a number of self-portraits, the most famous of which is Nan One Month After Being Battered  (1984). At the end of the 80s, the AIDS epidemic began taking some of her closest friends who she would continue to photograph till the end. Her work, which she presents as a kind of diary, became the story of an entire generation. Unlike Diane Arbus, with whom she is often compared, she eschews the conventional difference that separates subject from photographer: ‘I want to show my world exactly as it is, without any glamour or glorification’ (The Ballade of Sexual Dependency, 2006).

Nan Goldin's work, which began in the mid-1970s with "amateur" shots of the people around her has since continued to capture her surroundings, including the most intimate moments. Aside from being almost an inventory of her own life, the focal points of her photography are the relationships she creates and provokes with her subjects. Friends, lovers, mistresses or one-night stands, at a party or on her travels, all the faces that haunt Nan Goldin's work have a story. They are the heroes of "her" story. With its evident association with the excesses of sex, drugs and illness, her work is often associated with a time when love and death merged into ever present yet softly haunting dreams. Thus, Self-Portrait (All by myself) exposes in 83 slides the autobiography of the artist, from childhood to adulthood through all the stages of life, focusing especially on suffering: past loves, knocks and bruises, breakups, rehab treatment... Beyond these often painful introspections, Nan Goldin's work is part of a great tradition of American photography which, from Walker Evans to Diane Arbus, exposed a sort of American collective consciousness. A true painter of her time, her photography is reminiscent of the work of Caravaggio, who himself was also characterized as a violent and cruel photographer of all the misfits of a baroque society in turmoil, complete with its compositions, colours and characters.