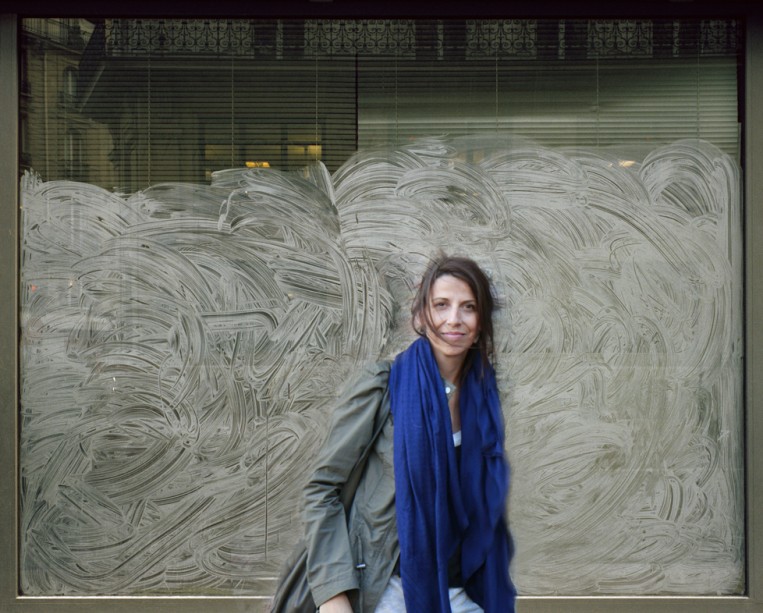 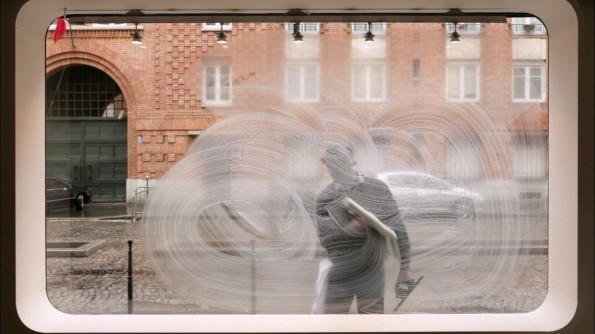 Since the late 1990s, Anna Malagrida, a stalwart of the Spanish contemporary art scene, has been developing an impressively consistent body of photographic and video work. The window has become a recurring theme for her, representing the shift from an intimate setting to the outside world. She depicts both literal (video Fronteras, 2009) and figurative borders that suggest absence and presence, visibility and invisibility, reality and its interpretation. Anna Malagrida tackles with an almost poetic delicacy complex issues such as war, politics and women in the Middle East while with a characteristically subtle working staging, playing with light and chiaroscuro,  thus almost transcends the border between photographic and video medium more traditional art.

This video, shot from a fixed point inside the window of an art gallery, lasts exactly as long as an employee spends cleaning the glass. Projected on a loop onto the blank wall of an exhibition hall, the video leaves the spectator’s view suspended between the impeccable exhibition space and the work necessary for its maintenance, always somehow located on the outside. At the same time, through its formal concision, it captures the art of cleaning and transforms the window cleaner into a subject that hides, transforms and reveals the image of the street in a natural and yet mesmerizing movement.

This video shows the window cleaner carrying out his work from the street. The very action of his work makes reference to the process of creating art, showing the formation and transformation of the image. Through this mesmerizing action, we see the comings and goings of a normal street on a Sunday morning in November. The partial transparency of the windows allows the camera to capture, without any manufacturing, the poetry of modern life.