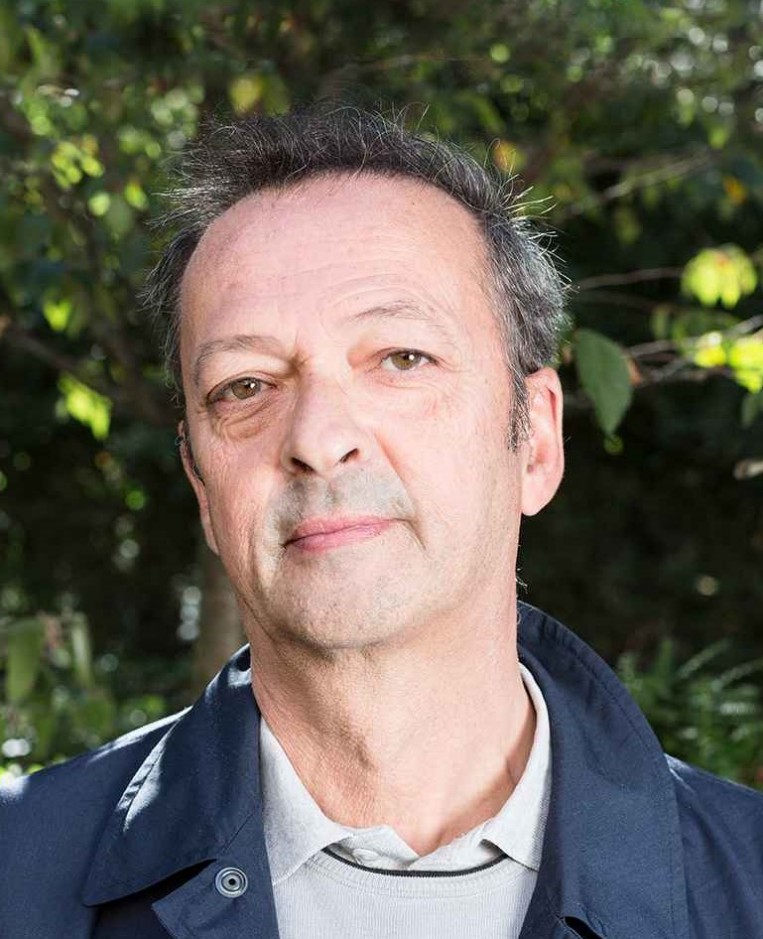 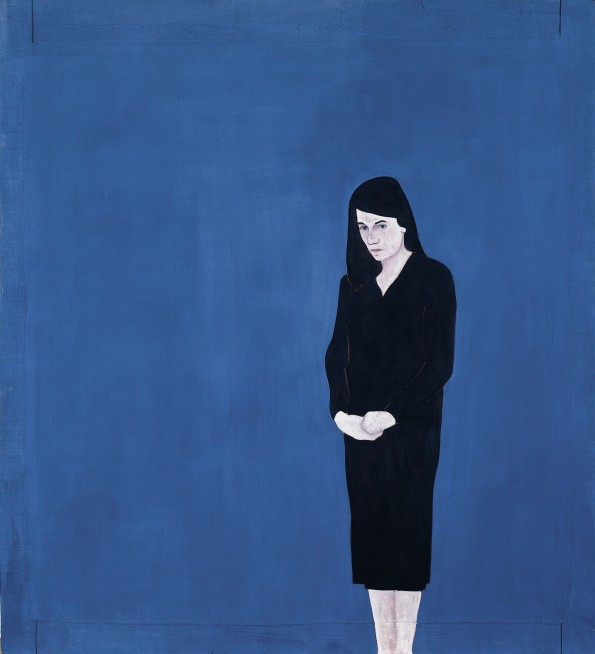 Born in 1959, Djamel Tatah is a Franco-Algerian artist who teaches at l’École nationale supérieure des Beaux-Arts de Paris. He lives and works in Provence. He exposes works regularly both abroad and in France, with his paintings belonging to several notable private and public collections such as the British Museum and le Musée National d’Art Moderne Centre-Pompidou.

Though his sober yet carefully composed painting, Djamel Tatah depicts the contemporary man asserting his presence in the world. Starting with reality, from the most ordinary situations to the drama of current events, he paints human figures to scale, suspended in time, immersed in silence and who seem to belong to no defined place. Reassessing solitude as a virtue, the artist tries to go beyond reality to experience, by means of colour, light and line, his own feeling of being in the world.

Since 1986, Tatah has been painting images based on photographic shots where he determines the pose, choosing people who are close to or familiar to him as models. Given his Algerian origins, Tatah has been influenced by a tradition that forbids the representation of the human figure. In his painting there is therefore no irony, no double talk, just a silent presence. Tatah's women are numerous and fierce and it is impossible to escape the harshness of their pose and gaze. Each canvas is dominated by a monochrome background against which the figures stand. In this work it is a woman who, contrary to his more well-known representations, seems somewhat intimidated. Her head is slightly lowered, her gaze is questioning. It questions our solitude as well as hers, the social solitude of being very much alone amongst others.

In conversation with Djamel Tatah

The subject of your works are often solitary figures, what draws you towards solitude as a subject?
It’s a reality: we are born alone, we die alone. Loneliness touches everyone at some point.

How would you describe the influence of your Algerian heritage on your works?
My works do not belong to a specific place. I paint as I am, with what I find within. I was born in the valley of Giers in Saint-Chamond to two Algerian parents, disconnected from their country of origin. I am a mutant product of this.

You use a very simple colour palette in your work, what is the intended effect?
The space in which I install each of my figures comes from several applications of thinly coloured paints, which create through juxtaposition and layers of transparency the space which makes up the painting. The colour palette I use is in fact very vast, full of slight variations on the same shade. I want to create a tension using colour in order to build up the atmosphere of a painting.

The majority of your paintings are based on photographs of people you know. Is there a difference for you between painting someone you know and painting a stranger?
There’s no difference. Each of my figures represents a humanity, someone in the world, a presence. What interests me in a painting of a man, a woman, a child, even if its based of a photo of someone I know, is when the experience of the painting becomes something more than what it literally represents. I try to represent the human being in an abstract way, without a psychology, an identity or any sense of community or belonging. What interests me is the presence of the person in the world.

From representations of the Madonna to nudes, and everything in between, where do you situate yourselves in relation to the representation of women in art?

I paint neither nudes, Madonnas, celebrities, politicians or scientists. I paint feminine figures in the same way I do masculine ones, to say something about us, the way we interact with the world, our loneliness in the face of a series of constant world crises.

Your work has often been defined as ‘silent’, how can a painting be silent?
I rarely give my paintings a title. It’s a way of creating silence and not forcing the spectator into a particular meaning or direction. For me, silence is a way of maintaining contact with what’s real, of showing that we are all living a tragedy: you have to feel tragedy, not merely have it announced to you.