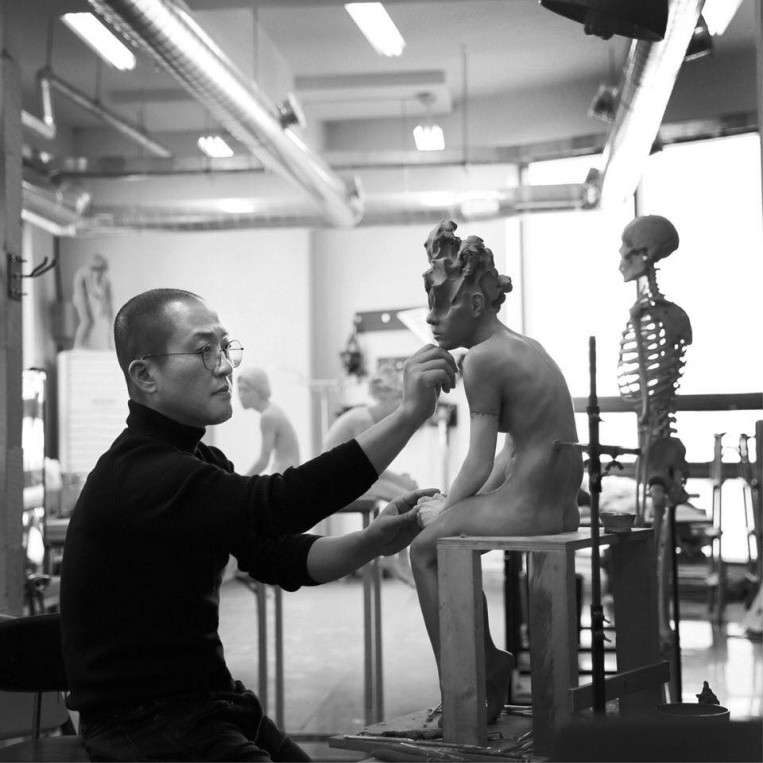 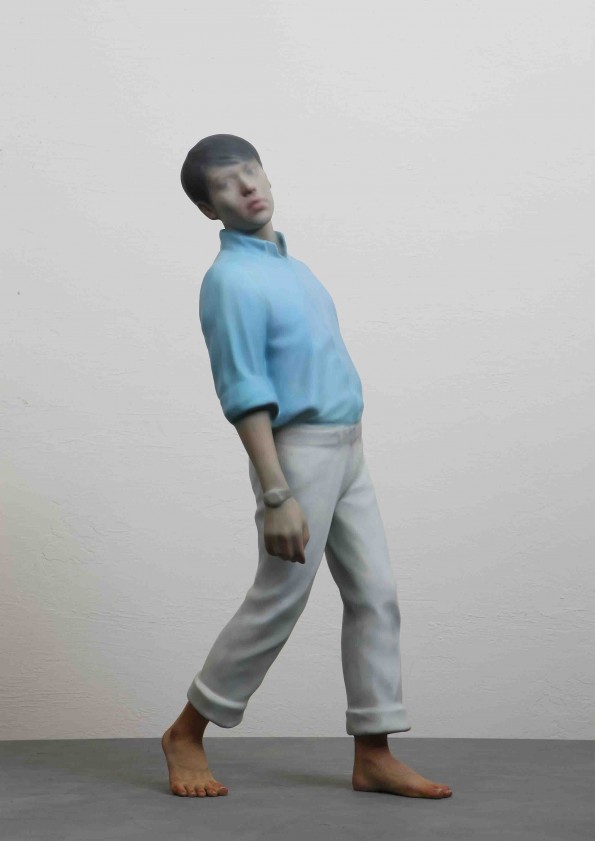 With his painted plastic materials, Choi Xooang offers us the striking spectacle of naked and bald human beings, silhouettes treated in a hyper-realistic manner. Through his series of almost mutant characters and with little narrative effort, he manages to express and reconstruct with incredible force the most intense human emotions, such as fear, sadness, desire, the complexity of relationships between individuals, erotic tensions and confused feelings. Strangely, the characters are depicted sexually, but without hair, which creates a sense of unease, like a shadow of death over a society made sick by its own excesses. We cannot sweep out of our minds the image of cancer or radiation as we regard these other ‘selves’ captured in their absolute nudity, reminding us of our own fragility and vulnerability.

No legendary narrative comes to redeem these Adams and Eves from their devastation. They are left to the appalling reality of their destiny as human beings. These existentialist creatures in the torments of their flesh and their contradictions become our mute and helpless doubles. The artist declares that emotions are the only things given to a man or a woman apart from their social status in a capitalist society. Xooang does not present us with his own feelings, but tries to extract a collective soul, a flow chart of all the joys and sufferings experienced by each person. 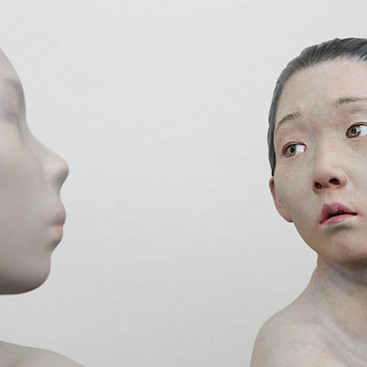 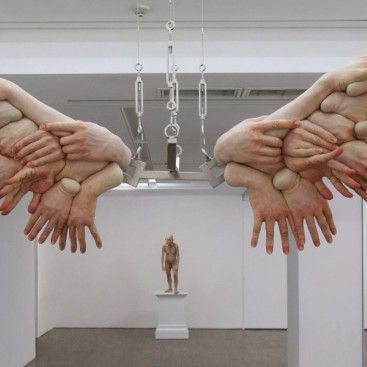 The viewers are thus drawn into a silent play where they indirectly take sides, as in theatre and cinema, and are filled with compassion and empathy for the torments of their fellow human beings. The nudity of the figures also increases the involvement of the spectators, whose gaze serves as moral and protective clothing. Xooang refers directly to the work of painter Edouard Manet, particularly to his scandalous 'Olympia' painting, which portrays a courtesan who defies morality and delivers her naked body to the lust of the promiscuous 19th-century bourgeoisie. According to Xooang’s theory, the artist should not reveal everything, but should rather leave room for the viewer to enter the work and its story. There are so many possible ways in which each story could unfold: why jealousy, melancholy, seduction? What remains of its ephemeral and passionate embraces ?

Nudity in art, especially in hyper-realistic sculptures, always provokes a public response. From the creatures offered by John di Andrea in the 1970s, to the deformed mutants of the Chapman brothers or of Patricia Piccinini, or Ron Mueck’s giants; they have all created resounding scandals in their respective times, due to their theatricality and our own voyeurism.

Far from aiming for sensationalism, the Xooang expresses a humanistic vision of the world. Just as Egon Schiele’s depictions of twisted bodies expressed the suffering of an oppressed people and the damned at the time of the First World War, Xooang aspires to give a universal and expressionist dimension to his sculpted figures, left without direction and surrendering to the violence of their passions.