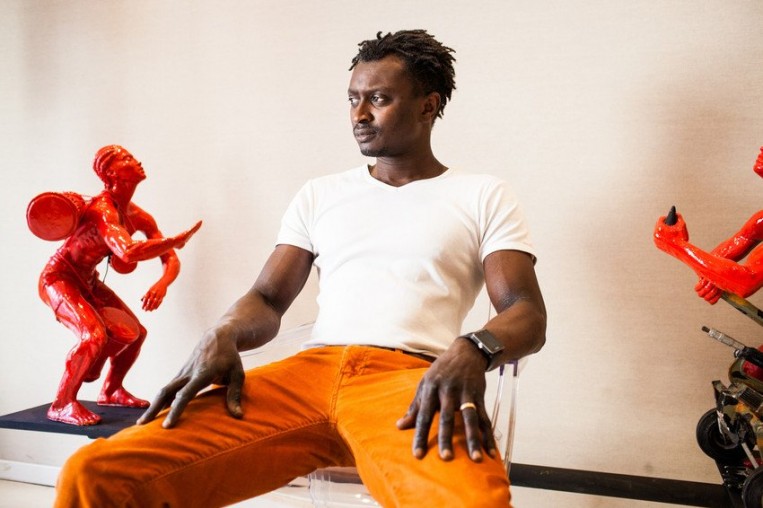 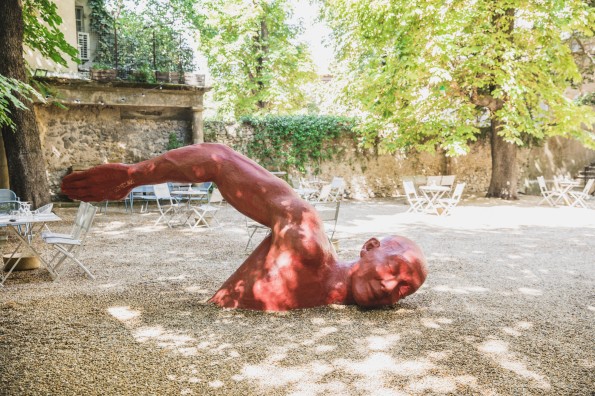 Diadji Diop was born in 1973 in Dakar, Senegal. He lives and works in Paris.

Diadji Diop arrived in France in 1994 with the aim of training in the field of animation. During his intensive foundation degree, he discovered the many potentialities of sculpture and decided to change direction. His passion for animation and cinema, however, continues to feed into his work, whether it is at the level of his bias towards realistic subject matter, or in the narrative dimension of many of his installations.

In 1995, he joined the Ecole Nationale Supérieure des Beaux-arts in Paris, before joining the studios of Bruno Lebel and Richard Deacon. After graduating with highest distinction in 2001, he took part in the “Les Félicités” exhibition in 2002. His work has been displayed at the Emmanuel Perrotin Gallery, La Villette, the Dakar Biennium, and at the Abidjan Visual Art Festival, among others. 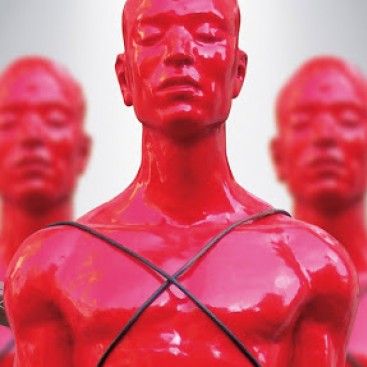 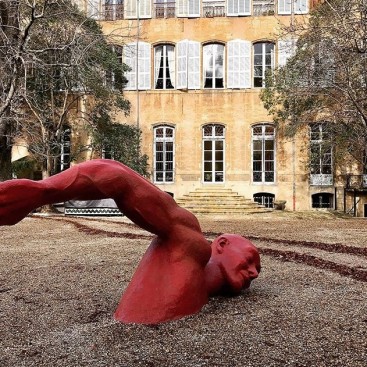 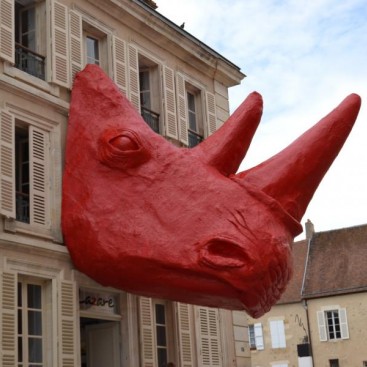 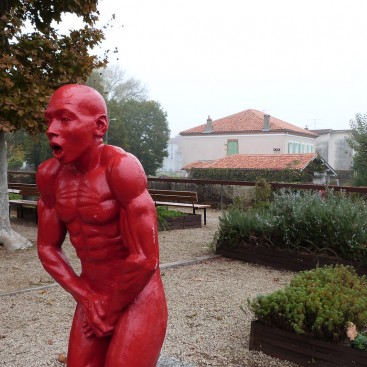 In 2009, for the celebration of European heritage and culture, Diadji Diop produced the monumental sculpture ‘’…. Swimming in Bliss’. He then went on to reproduce this statue in miniature specifically for the Gallifet garden. A man, eyes closed, smiling , swims with ease. We can only see the upper part of his body, bright red, emerging out of his surroundings into which he seamlessly has become part of.

The work challenges the spectator to imagine the hidden depths of the swimmer and leaves open to interpretation his unusual skin colour. Many have made links to migrants who risk their lives in dinghies to come to Europe, the red evokes blood ‘’as if to better reveal the invisible: what unites us beyond the outward variations of skin. For this man, who cannot be placed in any particular group, represents in a small way each of us. This work calls for a diverse world in harmony where skin colour no longer divides us. At a moment when borders are hardening across the world, this sculpture is an invitation to travel, and to dream of a utopia".