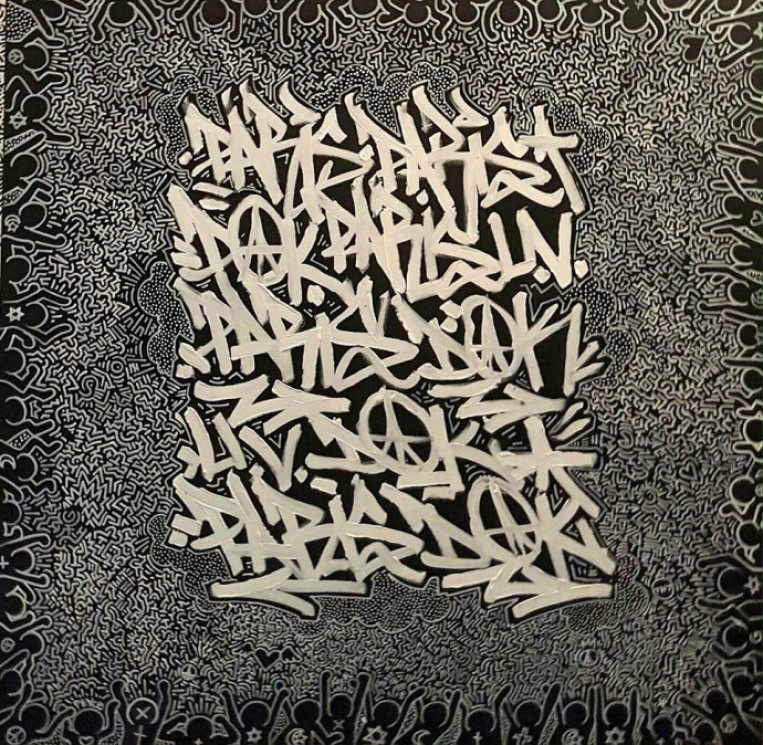 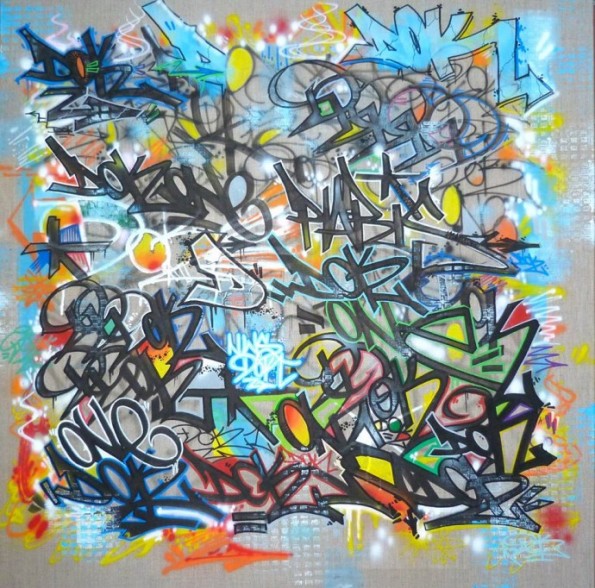 With his paint-splattered trousers, retro trainers, classic polo shirt and a cigar in his mouth, this shy smiling artist is a major figure of the French Graffiti scene.

It’s no coincidence that DOK rarely talks about his past as a graffiti artist. Even if it’s not obvious to an outsider, street art is a field with well-established and very precise values and rules. Like most artists of his generation, therefore, DOK is more inclined to secrecy than to open discussions.

However, one thing that is certain is that he is a master at his art, having spent more than 15 years covering walls, warehouses and trains all over Europe with his talent and his story. His “blaze,” or signature, stands alongside those of his “brothers” and enemies alike.

It could be said that he is a true street art veteran, since it was in the 1990s that he first created his own crew, NWS, after splitting from the UV crew.

The original graffiti artists have almost all given up the spray cans and the trains (or, at least, that’s the official story!), and the best of them remain in the public eye thanks to their new creations. Their works are now labelled as Urban Art, which has become Art in its own right. 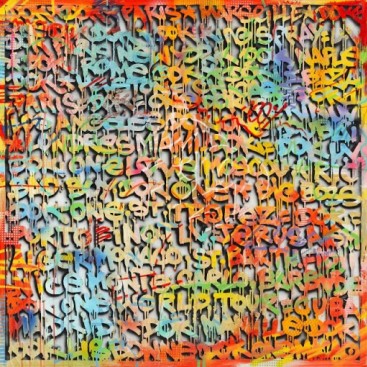 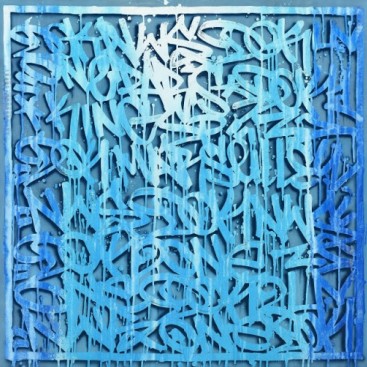 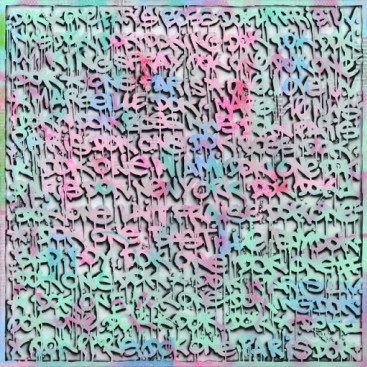