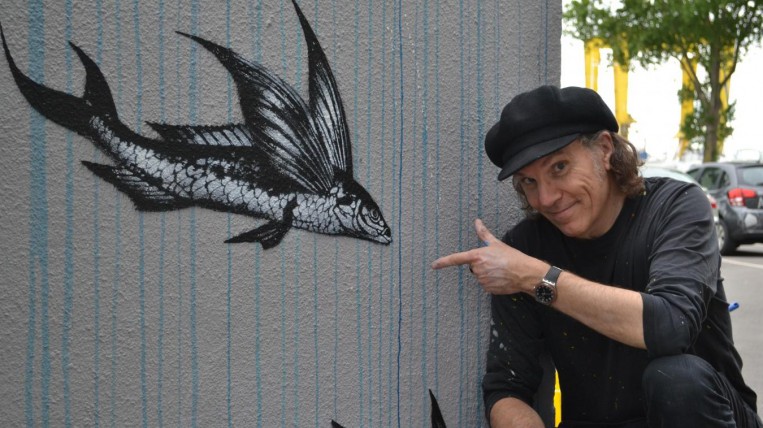 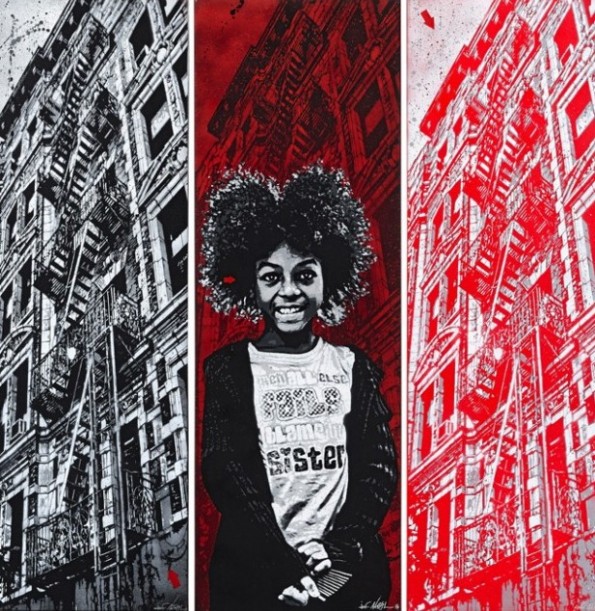 Jef Aérosol. In just his name, the universe is given to us. You can already hear the ball rattling against the walls of the spray can and smell the solvent released from the paint.

Born in Nantes in 1957, Jef Aérosol, whose real name is Jean-François Perroy, is a French graffiti artist. He belongs to the first wave of street artists who developed stencil art in the 1980s. Blek Le Rat, Miss Tic or Epsylon Point: all names that are now considered icons and the founding fathers of urban art.

Throughout France, we saw the emergence of individuals whose black silhouettes were the only way to identify them. Jef Aérosol started out in Tour, Orléans, and Lille before taking on London, Rome, Lisbon and Brussels. He owes this taste for the road to the punk movement which gained popularity in 1980, a cultural tipping point that attracted artists from many different walks of life.

Before his art career began, Jef Aérosol was an English professor, but his instinctive cravings for music and art gradually led him to change course. He was inspired by rock iconography, being himself a member of a band, and drew icons of the genre, such as The Clash or Bob Dylan, as well as vinyl covers. 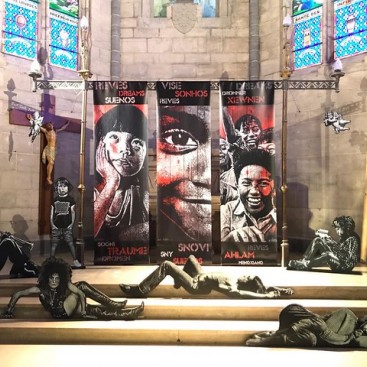 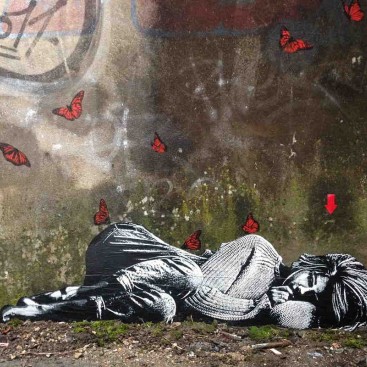 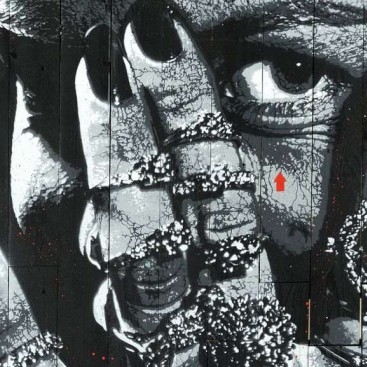 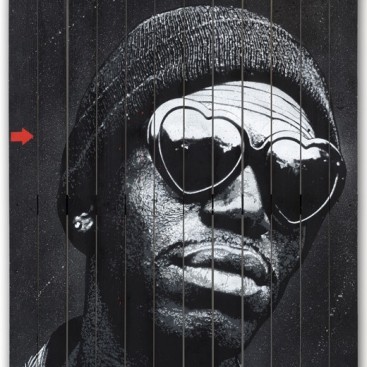 When he attempted street art, however, music was not his only creative inspiration. The work of renowned mural artists such as Ernest Pignon Ernest or Georges Rousse was already well-established.

In the beginning, the subjects of his stencils were none other than the artist himself, the self-portraits of Jef Aerosol. Then, he began to resurrect iconic figures of the Rock Generation such as Elvis Presley and Jimmy Hendrix, fixing their portraits between two alleys. He does not exclusively depict celebrities, however; anyone can be a source of inspiration in his eyes. He will happily select street musicians and passers-by as his models.