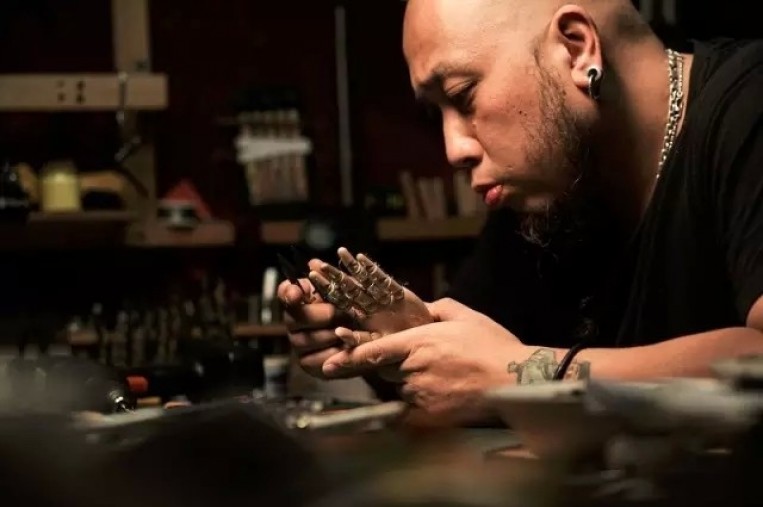 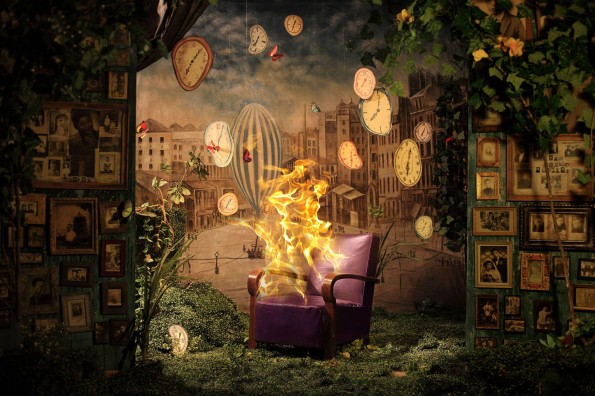 In the strange world of Maleonn, smiling superheroes are covered in bruises and postmen climb walls to make their deliveries. Using digital resources and manual recolouring techniques, the former film director stages a whimsical, impish universe, where the delirious imagination serves as a metaphorical narrative frame. Childhood is at the heart of this kingdom, because Maleonn, whose real name is Maliang - like the young character from the Chinese folktale, who has the power to transform reality however he likes using a magic paintbrush - cultivates this inner child, the one who has never forgiven us for 'having to grow up’.

Born in Shanghai in 1972 and given just one name, Maliang was destined to become an artist; his father was the director of the Shanghai Opera House and his mother an actress, and he was immersed in an "artificial" theatrical universe at birth. The fictional and romantic lives that played out in the theatre were juxtaposed by a particularly gloomy exterior reality. 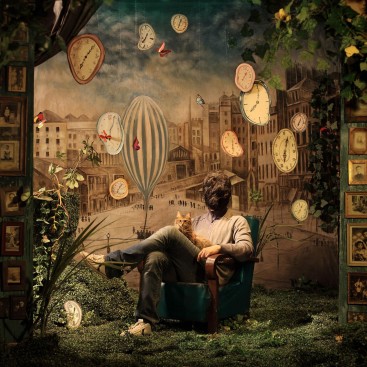 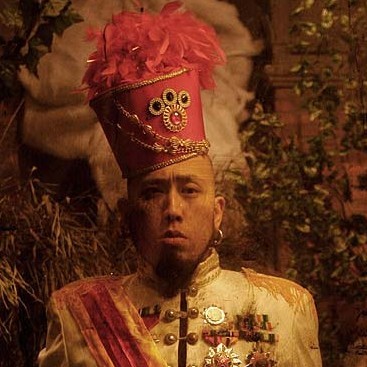 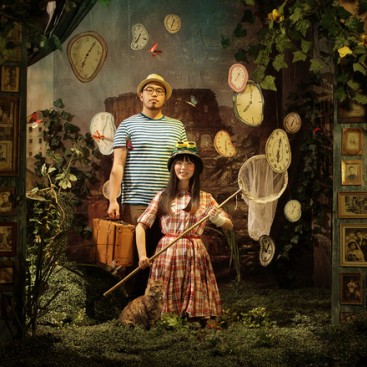 During the Cultural Revolution, his parents were sent to the countryside and he lived alone with his sister for several years. Left to himself, the young Maleonn invented a new universe, a world of dreams and fantasies. "Photography is my magic paintbrush".

Each photograph carries a dramatic intensity often tinged with irony. ‘The Postman’ was born from the real figure of a French postman named Cheval, who, at the end of the 19th century, single handedly built a “Palais Idéal” with stones he had picked up during his rounds.

Faced with a dull and gloomy daily life, the magician Maleonn brings a touch of the surreal; imagination is an escape and memory is the melancholy of lost innocence. Many recurring and symbolic objects occupy this dreamlike universe: theatre sets, early significant memories of his childhood, masks, coloured marbles, paper planes and wild animals… When The Unforgivable Children play truant and release their exam papers into the wind, the Postman’s letters seem to be poetically directed towards their mysterious recipients. Maleonn accompanies each of his photography series with poems, often alluding to Chinese or foreign literature: Journey to the West, A Midsummer Night's Dream, or the work of contemporary poet Bei Dao.

Dramatic or comical, the characters in his fables exist to entertain us. Dressed up with costumes and make up, they have the grandiloquent gestures of Chinese operas. In The Boys of Shanghai or in Amber, young adults in military uniform pastiche the great Communist figures. Their  identities carefully concealed, these characters frolic and gesticulate, sometimes following one another, sometimes lonely, drifting like pained souls. As for the Little Flagbearer, this clown-man who has all the characteristics of an authoritarian figure, listens and judges, hidden behind his smiling mask. For the heroes of Maleonn's photography cling to their idealism, despite the desolate decorations that surround them or the grotesque situations they encounter.

When Maleonn talks about contemporary China and its history, he also engages with what he calls the "sentimental" history of traditional China. In the midst of a calm, black and white landscape reminiscent of ancient calligraphy, a "plasticised" character from A Chinese History, pierced with arrows, evokes a strategist from the Three Kingdoms era. A black and white colour scheme is often used for more serious subjects, more detached from his childhood, where melancholy seems to have taken precedence over playfulness.

When it comes to his photographic references, Maleonn talks freely about the work of Czech photographer Jan Saudek, the theatrical element and the ambiguous atmosphere that emerges from his nude photographs that are located somewhere between the sombre and the absurd. Passionate about cinema, he also draws on the work of Iranian director Abbas Kiarostami, who initially trained in advertising. The viewer is also reminded of the work of Tim Burton and Jean-Pierre Jeune due to their overflowing universes, the boundless imagination that we associate with childhood, and their alternating use of black and white or colour, depending on the subject.

Over the course of his career as a director, Maleonn learned to guide actors and develop his creative instincts. A collector of many props, he also designs the costumes and sets necessary for his backdrops. During his studies in graphic design at the prestigious University of Applied Arts in Shanghai, he learned to master digital tools. A painter since the age of eleven, certain series like the Portraits of Mephisto are recoloured by hand post-production.

At each stage of the process, the image is deconstructed down to the smallest detail, and he skillfully merges many artistic mediums in the single frame of a photograph to draw us ever further into his kingdom. It is an unusually dense infinite world which is offered to the spectator; a world of both conscious and subconscious illusions. In his deeply symbolic photographs, Maliang offers us a new and constantly renewed visual experience. A testament to his fluency in visual and scenic languages, Maleonn's deceptively naive photographs captivate us and question our perception of reality, shedding light on the labyrinth of our minds and the complexity of our lives.