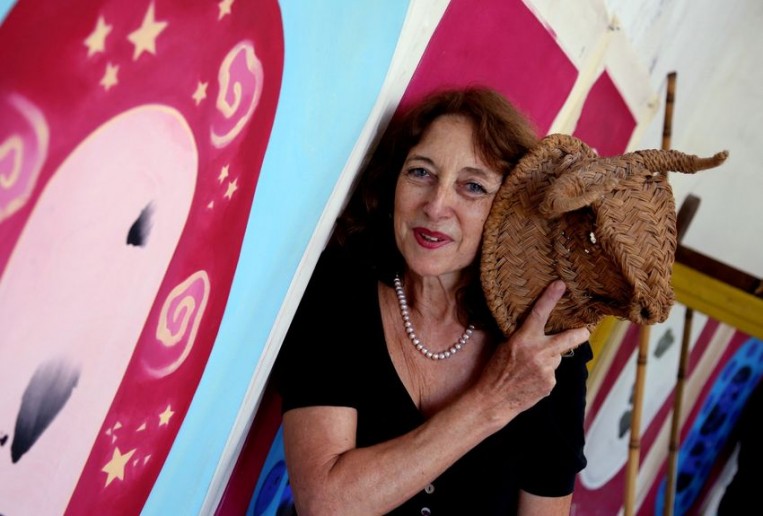 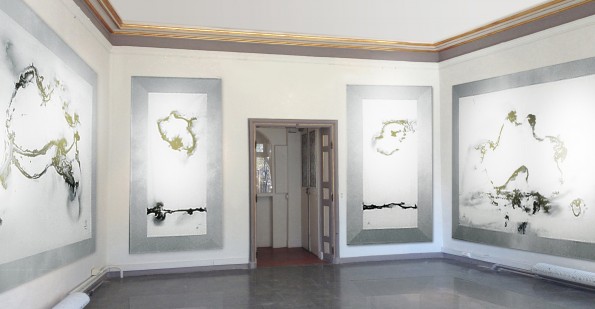 Marie Hugo lives and works between London and France, her country of origin. At the age of sixteen, she entered the National School of Fine Arts in Montpellier and received training in engraving and lithography. She moved to Hong Kong, where she began to paint large murals for important public commissions. The 80s marked her return to Europe. Her work has been exhibited in galleries in London, Tokyo, and New York. In 2007 she produced a huge installation for the Château de Haroué, near Nancy. Her works are present in art collections in Europe and the United States. 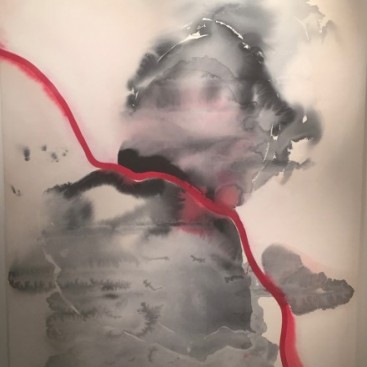 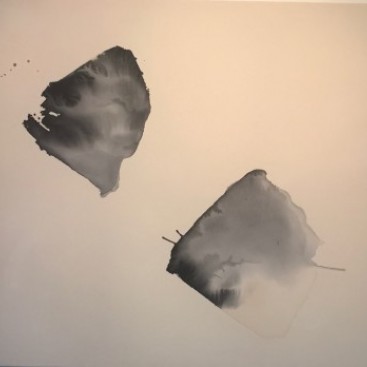 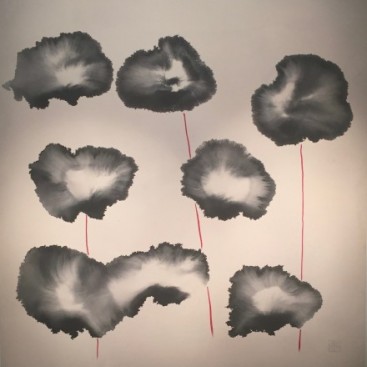 Hugo’s painting is perhaps more like writing. In the same way that we formulate a sentence before writing it, the artist conceives a form before throwing it onto the canvas, and the lines run together like words that flow from the source. “From the source” is , in fact, a good way to summarise Hugo’s work, in which everything gushes and flows and runs. When she makes a graphic mark, she allows the water to carry away the dark matter of the ink, sometimes tinged with coloured pigment, like the earth that is carried away by rushing waters. More recently she uses gesso in her work, which she mixes with Indian ink or mineral pigments so that the colour rises to the chalky surface and produces deep, warm hues, a thick matte effect which the eye seeks to penetrate. Hugo’s art is like the ebb and flow of matter.